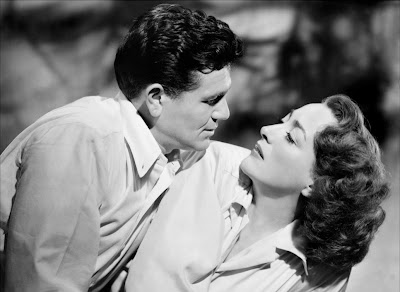 Joan Crawford has never been one of my favorite actresses of the Hollywood studio era. In the movies she made at MGM in the thirties, her driving ambition to be a movie star seemed to overshadow her acting. She always gave the impression of trying too hard—over-emoting in dramatic roles and too tense to be wholly convincing in lighter ones. And she never really seemed at ease playing the kind of upper-crust sophisticates who dominated MGM movies of the time. It didn't help that she usually got parts only after they were rejected by MGM's two biggest female stars, Norma Shearer (whom Crawford had doubled for early in her career) and Greta Garbo. Nor was she helped by being so often cast opposite flaccid leading men with whom she appeared to have little chemistry, actors like Robert Montgomery, Robert Taylor, Melvyn Douglas, or Franchot Tone (to whom she was married for several years). Still, there's no denying her popularity in the early thirties, when she was named one of the top ten box office stars for five years running.

Crawford's career was set back in 1938 when a group of theater owners included her on a list of stars they considered "box office poison," a list that also damaged the careers of Katharine Hepburn, Greta Garbo, Mae West, and Marlene Dietrich. She did make a comeback of sorts in The Women (1939), where under the direction of George Cukor she made a strong impression in what was really a supporting role as the gold-digging nemesis of the picture's genteel star, Crawford's long-time rival Norma Shearer. Then in 1941 she got a plum role in A Woman's Face after Garbo turned it down and, again under the direction of Cukor, gave an impressive performance—at least in the first half of the picture, where she played against the great German actor Conrad Veidt—as an embittered woman with a disfigured face.

But any expectations of better parts after A Woman's Face didn't pan out; after Garbo and Shearer retired, the best roles seemed to go to Greer Garson. After a few more undistinguished films, Crawford's time at MGM came to a humiliating end in 1943 when the obsessively profit-conscious Louis B. Mayer decided not to renew her contract. Quick to move forward, though, Crawford then signed a contract with Warner Bros. The reigning female star there was Bette Davis, who got first choice of the best pictures, and again Crawford found herself in the position of being offered leftovers after they were rejected by someone higher in the studio's pecking order. In fact, she got her first assignment at Warners after it was passed on not only by Davis, but also by Ann Sheridan and Rosalind Russell. The picture was Mildred Pierce, and it not only revived Crawford's career, but showed she really could act and, after twenty years in Hollywood and something like sixty movies, got her an Oscar as best actress.

She got her next two pictures at Warners after they were also turned down by Davis, Humoresque (1946) and Possessed (1947), which got her another Oscar nomination. (I wonder if her success in these films had something to do with the famous rivalry between Crawford and Davis, whose career at Warners was rapidly winding down). For my money, those three performances are the best of Crawford's career. But as much as I like her in Mildred Pierce—she really did deserve that Oscar—and as good as she is in Possessed, it was in Humoresque that Joan Crawford gave my favorite of all her performances. 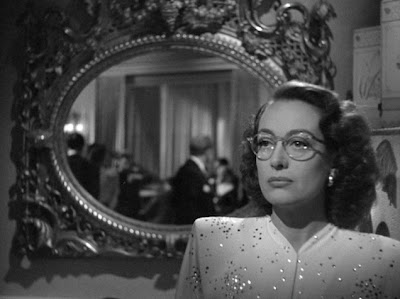 In Humoresque she plays a rich socialite, Helen Wright, who fancies herself a patron of unknown artists and keeps a group of attractive, sycophantic young men hovering around her. At one of her salon evenings a gifted young violinist, Paul Boray (John Garfield), attracts her attention with his playing. After the nearsighted Helen asks one of her toy boys to fetch her eyeglasses so she can get a better look at Paul, the undisguised sexual interest on her face shows that as well as his talent, she is also fascinated by his brooding good looks and almost surly manner. At their first meeting, fireworks fly. She baits him about being conceited and he responds by insulting her musically, playing "Flight of the Bumblebee" to suggest that she is a dilettante less interested in art than in her image as a patron of the arts, and also perhaps to allude to her waspish temperament and bevy of young drones. Yet despite this rocky initial encounter, before long he has become her protégé and she is paying the bills to get him started as a professional concert musician.

Helen becomes increasingly infatuated with Paul, and he seems to return her feelings—to a point. As she grows more possessive and he finds his career taking off, cracks begin to develop in the relationship. As the power dynamic in the relationship begins to reverse, she becomes more clinging and he begins to look for ways to assert his independence. There's a wonderful scene in the film where she takes out a cigarette and waits for him to light it for her, and he pointedly turns his back on her and pours himself a drink. When she begins to see that Paul will never be as devoted to her as she is to him, that his object of devotion is his music, it's clear that this is a love affair fated to end badly.

The role of Helen Wright gives Crawford the opportunity to show everything she is capable of, and she does so using an artfully judged balance of intensity and restraint. Helen may be a socialite now, but when she tells Paul about her first two marriages, it's apparent that her current social position is the result of her third marriage to a wealthy older man whom she dominates completely. It's also apparent that she intentionally surrounds herself with men who pay court to her like an imperious queen but whom she can keep at an emotional distance. Paul's resistance to being controlled by Helen just makes him all the more attractive to her; as her husband tells her, Paul has "a touch of the savage" about him.

This is a woman accustomed to being in control, to using her allure, money, and influence as instruments of power. Suddenly she finds that these things don't work on Paul in their usual way. Worse, this cool, manipulative woman finds herself losing her own self-control as she becomes increasingly enthralled by her younger protégé. Helen may give the impression of being a self-contained, almost overly confident woman, but her inability to keep in check her sexual feelings for Paul brings to the surface her repressed vulnerability. She is in actuality a profoundly unhappy woman hiding her unhappiness behind wealth and booze, an insecure, emotionally unfulfilled woman who has built emotional barriers between herself and the rest of the world and now suddenly finds herself susceptible to the power of her own feelings. When she sees the possibility of happiness with Paul, she seizes the opportunity with such ardor that she ends up smothering it. 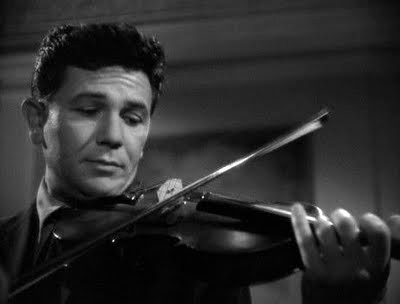 John Garfield, who was just entering the peak years of his career, may seem an unlikely match for Crawford, but his moody, strongly masculine presence is exactly what is needed to bring out Crawford's strengths. Crawford herself had such a forceful screen presence that she tended to overpower her male costars. That certainly isn't the case here with Garfield. Actually, the movie at first seems really more his story than hers, the first half-hour of the picture taken up with establishing his backstory before she even appears. Once she enters the scene, though, hers becomes the dominant presence. A movie whose focus at first seems Paul's conflict between his art and love quickly becomes the story of a woman who falls in love with a man who can never feel as intensely about her as she does about him. 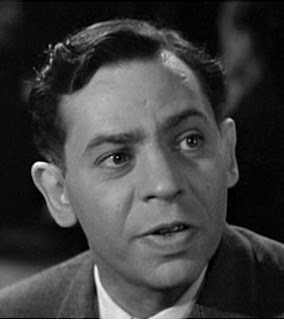 Oscar Levant is on hand not only to play the piano, but also to serve as Paul's cynical, wisecracking friend and mentor, Sid Jeffers. The screenplay by Clifford Odets and Zachary Gold is filled with articulate, well-crafted dialogue, and Levant gets the most attention-grabbing lines. Sounding as if they might have been written for Groucho Marx, his quips are at times so clever that they almost threaten to divert attention from the main plot of the film. Then there is the music. As in many films of the forties, the combination of passionate symphonic music of the Romantic era and big emotions is an unbeatable one, and Humoresque makes the most of it, using the music to underscore the emotional tone at key points. (The film also makes good use of popular standards by people like Cole Porter, Rodgers and Hart, and the Gershwins, a particular standout being Crawford's drunken rendition of "Embraceable You.") The music almost becomes shorthand for Helen's sexual attraction to Paul.

One of the best sequences in the film happens during a big concert. As Paul plays the dramatic first movement of Lalo's Symphonie Espagnole, Helen sits alone in a box in the concert hall. Oblivious of the embarrassed and disapproving glances of his family sitting in the front row, she concentrates on him completely. Crawford plays her scenes in close-up without speaking a word, occasionally leaning forward or briefly closing her eyes or making the slightest movement with her lips. (At one point she seems to be muttering something, and I couldn't help wondering if it was "I love you . . . I love you.") Her performance is in the expressions on her face as she gazes at Paul as though hypnotized, with a mixture of adoration, lust, and surrender. Crawford's control of her facial expressions in these scenes is absolute and without even a suggestion of calculation, on a par with Garbo's in her greatest silent films.

Humoresque may deal with many issues—the class divide between Helen and Paul, Paul's conflict between the demands of his career and the emotional demands of Helen, the compromises necessary to establish a career in the arts. But when the focus of the film is Helen's feelings for Paul and Crawford is onscreen, it's impossible to take your eyes off her or direct your attention to anything but the emotions she projects. Hers is a presence saturated with that indefinable quality known as star power, but here grounded in real acting ability and for once transcending ambition with genuine feeling. I may have reservations about the totality of Joan Crawford's acting career, more that of a movie star than a real actress. But when a movie star is this good, it's easy to see why she was such a powerful screen presence for so long.