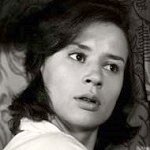 Harriet Andersson had played small, sometimes uncredited roles in a few films before Ingmar Bergman wrote Summer with Monika (1953) for the twenty year old and the film made her a star. She was the first of several actresses to gain international recognition for their work with Bergman, becoming part of his informal repertory company of film actors and for a time his lover. Her first films with Bergman gave her a screen image of uninhibited sexuality, but Andersson proved herself adept at playing many types, doing some of her best work for Bergman as a schizophrenic in Through a Glass Darkly (1961) and later as the dying eldest sister in Cries and Whispers (1972). She has made a few films in English, most recently Dogville (2003, dir. Lars von Trier).  *Cries and Whispers (1972, dir. Ingmar Bergman). Also recommended: Summer with Monika (1953), Sawdust and Tinsel (1953), Smiles of a Summer Night (1955), and Through a Glass Darkly (1961), all directed by Bergman. She also has a vivid cameo in the longer five-hour version of Bergman's last theatrical feature, Fanny and Alexander (1982). 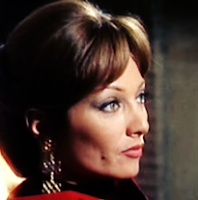 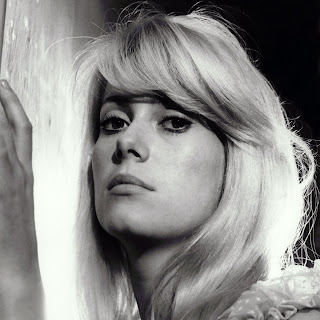 Catherine Deneuve appeared in her first film at the age of fourteen under her birth name, Catherine Dorléac. In 1960 she changed her professional name to distinguish herself from her sister, the actress Françoise Dorléac, who died in a car crash in 1967. Her professional breathrough came in the musical The Umbrellas of Cherbourg (1964, dir. Jacques Demy), which was nominated for an Oscar as best foreign film. Despite her incredible beauty, Deneuve has worked hard at honing her acting skills and has worked with some of the finest European directors. Of her few English language films, probably the best known is Dancer in the Dark (2000, dir. Lars von Trier). *Repulsion (1965, dir. Roman Polanski), as a disturbed young Frenchwoman living in London who is slowly slipping into psychosis. Also recommended: The Umbrellas of Cherbourg (1964, dir. Jacques Demy), Belle de Jour (1967, dir. Luis Buñuel), Mississippi Mermaid (1969, dir. François Truffaut), Tristana (1970, dir. Luis Buñuel), The Last Métro (1980, dir. François Truffaut), My Favorite Season (1993, dir. André Téchiné), A Christmas Tale (2008, dir. Arnaud Desplechin). 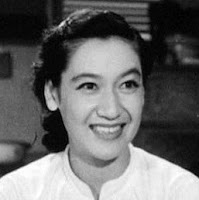 Setsuko Hara had been working in Japanese films for nearly fifteen years and had forty credits before making Late Spring, her first film with the director Yasujiro Ozu, in 1949. She went on to make six films altogether with Ozu, and even though she has worked with the top Japanese directors, it's for those six films that she's known in the West. In Japan she earned the nickname the Eternal Virgin because of the unmarried girls and young widows she typically played. The year after Ozu's death in 1962, she retired from films at the peak of her popularity in Japan and has lived a quiet and private life since then. *Late Spring (1949, dir. Yasujiro Ozu), as the young daughter so devoted to caring for her widowed father that she refuses to marry and make a life of her own. Also recommended: No Regrets for Our Youth (1946, dir. Akira Kurosawa), Early Summer (1951, dir. Yasujiro Ozu), Tokyo Story (1953, dir. Yasujiro Ozu), Late Autumn (1960, Yasujiro Ozu—a semi-remake of Late Spring, but here Hara plays the widowed parent of an overly devoted daughter). 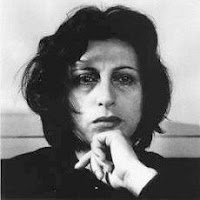 Anna Magnani got her start in show business working in night clubs and cabarets to finance her studies at the Academy of Dramatic Art in Rome. She had been acting in films for ten years before the overnight success of Roberto Rosselini's Open City introduced the world to both Italian neorealism and Magnani. Her earthy, emotionally charged screen presence always threatened to burst off the screen, but from all accounts it was not far from the personality of the real Magnani, a cigar-smoking, highly superstitious hypochondriac. Tennessee Williams wrote the play The Rose Tatoo for Magnani, but she wasn't able to play the role in the 1951 Broadway production because of her limited skill in English. She was, however, able to star in the 1955 movie version and won an Oscar as best actress for her performance. *Open City (1945, dir. Roberto Rossellini), as a woman risking her life to help the Italian Resistance during the Second World War. Also recommended: The Golden Coach (1952, dir. Jean Renoir), Bellissima (1952, dir. Luchino Visconti), The Rose Tattoo (1955, dir. Daniel Mann), Mamma Roma (1962, dir. Pier Paolo Pasolini). 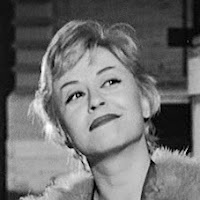 Giulietta Masina acted not only in films but also on the stage, and in television and radio. She met her husband, the future film director Federico Fellini, when he wrote a popular Italian radio program she starred in. She has fewer than thirty feature films on her résumé, but seven of those were directed by Fellini, and it's those films that have made her reputation. *The Nights of Cabiria (1957, dir. Federico Fellini), as the Roman prostitute with terrible luck but an indomitable spirit that always allows her to bounce back from adversity, the performance which won her the best actress award at the Cannes and San Sebastián film festivals. Also recommended: Variety Lights (1950), La Strada (1954), Juliet of the Spirits (1965), and Ginger and Fred (1986, a weak Fellini film, but a terrific Masina performance), all directed by Fellini. 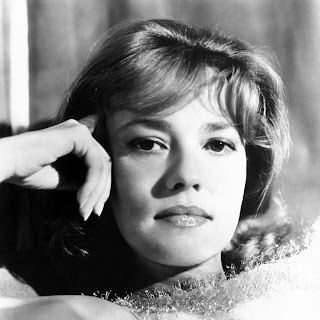 Orson Welles once called Jeanne Moreau the greatest actress in the world, and for a few years in the late 1950s and early 1960s she easily lived up to this praise. A major international film star, she is also a stage actress (a member of the Comédie Française when just twenty years old), a television actress, a music recording artist, and the director of a documentary on Lillian Gish as well as two feature films. *Jules et Jim (1962, dir. François Truffaut), one of the great screen performances, as the woman shared by two best friends, a role that perfectly captures the charisma, erotic allure, and spontaneity she projects in all her screen acting. Also recommended: Elevator to the Gallows (1958, dir. Louis Malle), The Lovers (1958, dir. Louis Malle), La Notte (1961, dir. Michelangelo Antonioni), Eva (1962, dir. Joseph Losey), Bay of Angels (1963, dir. Jacques Demy), Diary of a Chambermaid (1964, dir. Luis Buñuel), Viva Maria! (1965, dir. Louis Malle), The Bride Wore Black (1968, dir. François Truffaut). 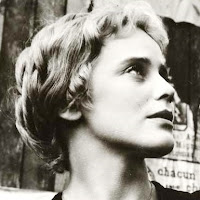 Of Swiss and Austrian background, Maria Schell was born in Austria, educated in France, and attended drama school in Zurich, Switzerland. An accomplished stage actress who appeared in plays by Shakespeare, Goethe, and Shaw among others, she won the best actress award at Cannes for her performance in The Last Bridge (1954, dir. Helmut Kaütner). A truly international actress, she made films in France, Germany, Italy, Britain, and the U.S. She was the sister of the Oscar-winning actor and director Maximillian Schell. *Gervaise (1956, dir. René Clément), as Emile Zola's Parisian laundress whose life slowly goes to hell under the pressure of external forces. Also recommended: Le Notte Bianchi (1957, dir. Luchino Visconti), End of Desire a.k.a. Une Vie (1958, dir. Alexandre Astruc), The Hanging Tree (1959, dir. Delmer Daves). 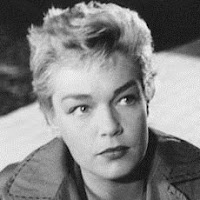 Simone Signoret, the daughter of a Polish-Jewish linguist, stayed behind in France after her father fled to Britain in 1940 and worked during WW II as an extra and bit part player in French films to support her mother and three brothers. The first film to gain her recognition outside France was La Ronde (1950, dir. Max Ophüls), which was shown in Britain and the U.S. (it received two Oscar nominations). The film's openness about sexuality brought it a good deal of notoriety, and Signoret's performance as a Parisian prostitute created her early screen image of sensuality. She made a number of films in Britain and the U.S., winning an Oscar as best actress for her performance in Room at the Top (1959) in a role originally intended for Vivien Leigh. *Diabolique (1955, dir. Henri-Georges Clouzot), as the mistress of a cruel school master who joins his wife to seek revenge, in this classic French thriller directed by the man often called the French Hitchcock. Also recommended: La Ronde (1950, dir. Max Ophüls), Casque d'Or (1952, dir. Jacques Becker), Room at the Top (1959, dir. Jack Clayton), Ship of Fools (1965, dir. Stanley Kramer), Army of Shadows (1969, dir. Jean-Pierre Melville). 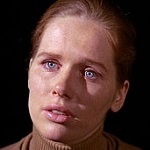 Liv Ullmann is by birth Norwegian and spent much of her childhood abroad, in places like Tokyo, New York, and Toronto. A trained stage actress, she is especially known for her Nora in Ibsen's A Doll's House. But it is for the ten films she made with Ingmar Bergman beginning in 1966 that she is best known to international filmgoers. Of the several actresses whose careers Bergman fostered, often while having romantic relationships with them, Ullmann is undoubtedly the most widely known. She and Bergman have a daughter together who was born in 1966. She has also directed several films, including two based on screenplays written by Bergman. *The Passion of Anna (1969, dir. Ingmar Bergman), as a grieving woman trying to come to terms with the deaths of her husband and child, playing in a Bergman dream cast: Ullman, Bibi Andersson, Max von Sydow, and Erland Josephson. Also recommended: Anything directed by Bergman, but especially Persona (1966), Shame (1968), Cries and Whispers (1972), Scenes from a Marriage (1973), and Face to Face (1976). Also The Emigrants (1971, dir. Jan Troell) and The New Land (1972, dir. Jan Troell).

Does anyone have any personal favorites you think worthy of inclusion on a list like this? If so, please leave a comment and let me know.
Labels: favorite foreign actors and actresses