Ever since my first exposure in college film courses to the classics of foreign cinema, I've loved these movies. In the last few years I've made a conscious effort to fill in some of the gaps in my film-viewing experience in this area. In doing this I have, like most avid film watchers, come to regard certain actors and actresses as favorites. Just as I love the great English language film performers like Cary Grant, James Stewart, Bette Davis, and Katharine Hepburn, I've also come to love a number of actors and actresses who appeared primarily in foreign language films.

In compiling lists of my favorite classic foreign language actors and actresses, I considered several things. For one, I wanted people who, like their English language counterparts, made a strong impression on me not just in one well-known film, but in many films. I also wanted actors and actresses whose performances were of consistently high quality, even when the films they appeared in weren't. Finally, I wanted people whose screen presence was both vivid and unique. Today I'm going to reveal my 10 Favorite Classic Foreign Film Actors and what I consider to be the signature performance of each, which I've indicated with a *. In some cases this was a very hard thing to do because there were so many to choose from, so I've included other notable performances as well. 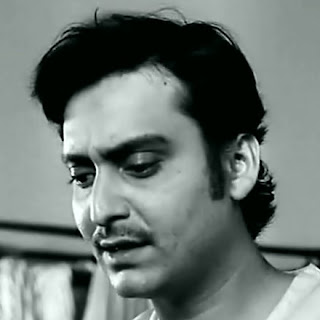 Born in Bengal, India, Soumitra Chatterjee was a radio announcer and a college graduate with a degree in Bengali literature before being cast by the Bengali director Satyajit Ray as the adult Apu in the final installment of Ray's Apu Trilogy, The World of Apu (1959). Chatterjee then went on to appear in 141 films but is best known for the fourteen films he made with Ray. The two formed a close collaboration, and some of Ray's films were written specifically for the actor. I've seen only a handful of these, but he is consistently excellent. *The World of Apu (1959), in which Chatterjee plays the adult Apu struggling to write his first novel while experiencing both joy and misfortune as a husband and father. Also recommended: Charulata (1964), Days and Nights in the Forest (1970), and The Home and the World (1984), all directed by Ray. 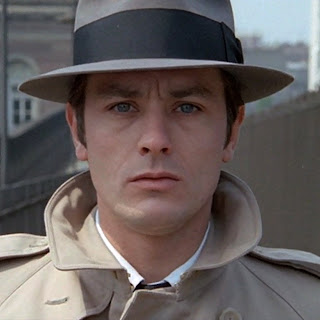 A school dropout at the age of fourteen, Alain Delon served in the French Navy before being dishonorably discharged for his rebellious behavior. In the late 1950s he was spotted at the Cannes Film Festival by a talent scout for David O. Selznick and, after a screen test, put under contract to Selznick. Before working for Selznick, though, Delon decided to stay in Europe and was released from his contract. His first major success was in Purple Noon (1960), the first version of Patricia Highsmith's novel The Talented Mr. Ripley, in which he played the chameleonic psychopath Tom Ripley. He appeared in nearly ninety films before going into semi-retirement in 1997. *Le Samouraï (1967, dir. Jean-Pierre Melville), in which he plays a professional hitman with a decidedly existentialist view of the world and his profession. Also recommended: Purple Noon (1960, dir. René Clément), Rocco and His Brothers (1960, dir. Luchino Visconti), L'Eclisse (1962, dir. Michelangelo Antonioni), The Leopard (1963, dir. Luchino Visconti), and Mr. Klein (1976, dir. Joseph Losey). 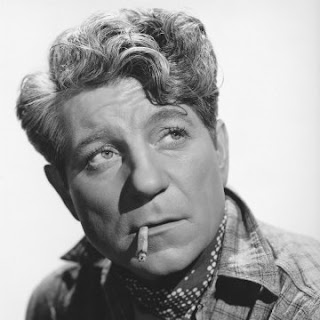 Sometimes called the French Bogart because of his rugged looks and masculine screen presence, Jean Gabin worked on the stage and in music halls for several years before making his film debut in 1928. His career reached its peak in the late 1930s with a series of remarkable performances that established him as the leading French actor of his time. During the WW II Nazi occupation of France, he worked briefly in Hollywood. After he returned to France his career never again reached its prewar heights, but he still remained one of the major stars of French cinema, playing Georges Simenon's Inspector Maigret in several films made in the late 1950s. *Le Jour se Lève (1939, dir. Marcel Carné), perhaps the definitive version of the doomed antiheroes Gabin is best known for, forerunners of the antiheroes of postwar American film noir. Also recommended: Pépé le Moko (1936, dir. Julien Duvivier), La Grande Illusion (1937, dir. Jean Renoir), La Bête Humaine (1937, dir. Jean Renoir), Port of Shadows (1938, dir. Marcel Carné), Le Plaisir (1952, dir. Max Ophüls), Touchez Pas au Grisbi (1954, dir. Jacques Becker), and French Cancan (1954, dir. Jean Renoir). 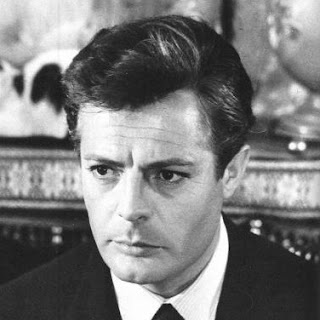 Marcello Mastroianni began working in Italian films as an extra as early as 1939 and gradually worked his way up to starring roles. In 1957 he came to the attention of filmgoers outside Italy when he played the male lead in Le Notte Bianchi (dir. Luchino Visconti). In 1960 he played a character named Marcello in La Dolce Vita (dir. Federico Fellini), the first of six Fellini-Mastroianni collaborations that brought the actor his greatest fame and helped make him the best-known Italian actor of all time. During his nearly sixty year-long career he received many awards, including two BAFTAs, two Golden Globes, and two best actor awards at the Cannes Film Festival. He was also nominated three times for the Academy Award as best actor. *La Dolce Vita (1960, dir. Federico Fellini), in which he plays a paparazzo torn between his decadent and his moralistic impulses. Also recommended: Big Deal on Madonna Street (1958, dir. Mario Monicelli), Divorce Italian Style (1961, dir. Pietro Germi), 8½ (1963, dir. Federico Fellini), The Organizer (1963, dir. Mario Monicelli), Dark Eyes (1987, dir. Nikita Mikhalkov). 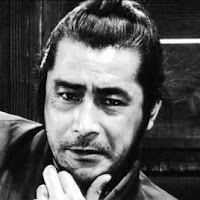 Toshiro Mifune was born and spent his early life in China, the child of Methodist missionaries. He made his first movie in 1947 and the next year the first of sixteen films for director Akira Kurosawa, films which made him an international star. Although Mifune played a number of different character types for Kurosawa, in the minds of Western viewers he will always be the archetypal Japanese samurai. *Yojimbo (1961, dir. Akira Kurosawa), the greatest of the samurai films I've seen and the quintessential Mifune samurai character. Also recommended: Anything with Mifune directed by Kurosawa, but especially Throne of Blood (1957), The Hidden Fortress (1958), Sanjuro (1962) and High and Low (1963). Also the Samurai Trilogy, in which he plays the legendary Musashi Miyamoto (1954-56, dir. Hiroshi Inagaki). 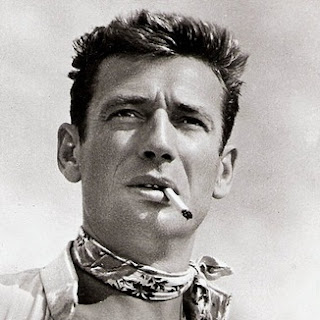 Yves Montand was born in Mussolini's Italy, but the year of his birth his parents fled to France. By his twenties he was appearing in a Paris music hall, where he was spotted by Edith Piaf and adopted as her protégé. He appeared in a few films, including two with Piaf, before landing his breakout role in The Wages of Fear (1953). He married Simone Signoret in 1951 (they remained married until her death in 1985), and they became the most prominent French acting couple of their day, a sort of French equivalent of Richard Burton and Elizabeth Taylor. In the early 1960s he made several English language films with stars like Marilyn Monroe, Shirley MacLaine, and Ingrid Bergman. In later years he settled into character roles and remained active in film right up to his death. *The Wages of Fear (1953, dir. Henri-Georges Clouzot), in which Montand displays all his rugged masculinity in one of the great nail-biters, as a truck driver delivering a load of nitroglycerin over winding mountain roads. Also recommended: The Wide Blue Road (1957, dir. Gille Pontecorvo), The War Is Over (1966, dir. Alain Resnais), Le Cercle Rouge (1970, dir. Jean-Pierre Melville), Jean de Florette (1986, dir. Claude Berri). 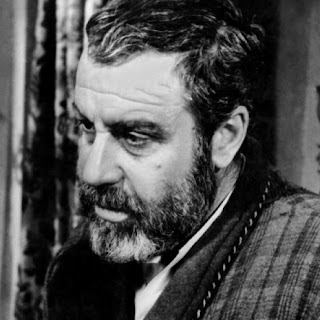 Fernando Rey had been acting in films for twenty-five years before Luis Buñuel's Viridiana (1961) won the Palme d'Or at Cannes and made Rey the first Spanish actor to achieve international fame. Although he made more than 240 films in his career, his fame rests largely on the four he made with Buñuel. Rey did appear occasionally in English language movies, his best known English language role being the villain in The French Connection (1971), a part he landed by accident when director William Friedkin misidentified him for another actor he had seen in a Buñuel film. *Viridiana (1961, dir. Luis Buñuel), as the foot fetishist who becomes the guardian of his virginal young niece, fresh from a convent school, and immediately develops a fatal passion for her. Also recommended: Tristana (1970, dir. Luis Buñuel), The French Connection (1971, dir. William Friedkin), The Discreet Charm of the Bourgeoisie (1972, dir. Luis Buñuel), That Obscure Object of Desire (1977, dir. Luis Buñuel). 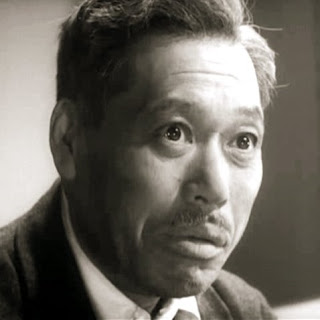 Between 1935 and 1981, Takashi Shimura made more than 200 films, but he is best known in the West for the twenty-one films he made for director Akira Kurosawa. If fact, he appeared in the first film Kurosawa ever directed, Sanshuro Sugata (1943). Although he most often took supporting parts in Kurosawa's movies, his greatest artistic and critical triumph was in the lead role in Ikiru (1952), one of the greatest and most poignant of all performances by a screen actor. Shimura's most widely seen role in the West is almost certainly as the fatherly lead researcher in the granddaddy of all postwar radiation-horror monster movies, Godzilla, released in the U.S. in 1956.  *Ikiru, as the dying bureaucrat who must come to terms with his own mortality while overseeing one last project by which he hopes to be remembered. Also recommended: Drunken Angel (1948, dir. Akira Kurosawa), Scandal (1950, dir. Akira Kurosawa), Seven Samurai (1954, dir. Akira Kurosawa), and Gojira (1954, dir. Ishiro Honda—the original Japanese language version of Godzilla, without Raymond Burr and far superior to the more familiar dubbed version). 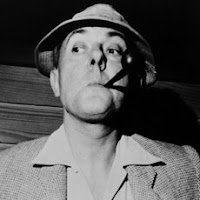 Jacques Tati is remembered today for the five feature-length comedies he directed between 1949 and 1971. In four of these he played his signature character, Monsieur Hulot, the man with the pipe, the too-short trousers, the loping stride, and the killer tennis serve. Like Jean Gabin and Yves Montand, Tati got his start playing music halls and cabarets. By the 1930s he was experimenting with short film and in 1949 directed his first full-length film, Jour de Fête, an expanded version of an earlier short. His next film, Monsieur Hulot's Holiday (1953), introduced his signature character and brought him international fame. *Monsieur Hulot's Holiday (1953, dir. Jacques Tati), virtually a primer on physical film comedy, nearly silent, containing sound effects but almost no dialogue, a loving homage to Tati's favorite American silent comics Chaplin, Keaton, and Lloyd. Also recommended: Jour de Fête (1949, dir. Jacques Tati), Mon Oncle (1958, dir. Jacques Tati), Playtime (1967, dir. Jacques Tati). 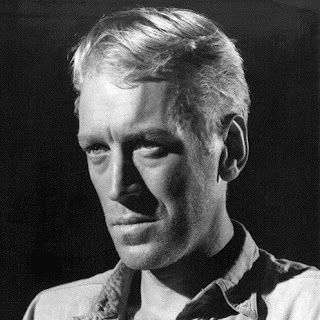 Max von Sydow studied acting at the Royal Dramatic Theatre in Stockholm, Sweden. While still a student he played small roles in several films but remained primarily a stage actor until he met Ingmar Bergman, who cast him as the medieval knight in The Seventh Seal (1956), the film that made him an international star. He went on to make thirteen films altogether with Bergman. He has also made many English language films, playing everything from Jesus in The Greatest Story Ever Told (1965) to a James Bond villain in Never Say Never Again (1983) to one of Woody Allen's ensemble players in Hannah and Her Sisters (1986). *Shame (1968, dir. Ingmar Bergman), in which he plays a musician slowly going to pieces under the strain of war and losing his humanity in the process. Also recommended: Just about anything directed by Ingmar Bergman, but especially The Seventh Seal (1956), The Magician (1958), The Virgin Spring (1960), and The Passion of Anna (1969). Also The Emigrants (1971, dir. Jan Troell) and Pelle the Conqueror (1987, dir. Bille August).

Does anyone have any personal favorites you think worthy of inclusion on a list like this? If so, please leave a comment and let me know.