From time to time national cinemas seem to experience bursts of creativity that result in concentrated periods of inspired output. To my mind the British film industry had two such "golden ages." One was the 1940s, when directors like David Lean, Carol Reed, and Michael Powell turned out one masterpiece after another. The other was the 1960s, when the young directors of the British New Wave like Tony Richardson, Lindsay Anderson, Karel Reisz (all of whom turned to directing after stints as critics at Sight and Sound), Bryan Forbes, and John Schlesinger made their greatest films. These young filmmakers were inspired both by the freedom of style of their French New Wave counterparts and by the politicized class-consciousness of the "Angry Young Man" writers like John Osborne, Alan Sillitoe, and Harold Pinter.

The most productive of these filmmakers during this time was Tony Richardson. Although like the rest of his contemporaries he eventually moved on to more mainstream projects, he directed no less than five notable British New Wave films between 1959 and 1963, when he won an Oscar for directing Tom Jones. The classic films of the British New Wave focus on alienated young men played by the likes of Albert Finney, Alan Bates, and Tom Courtenay. Richardson's A Taste of Honey (1961) is one of the few films to come out of the movement whose main character is a young woman. 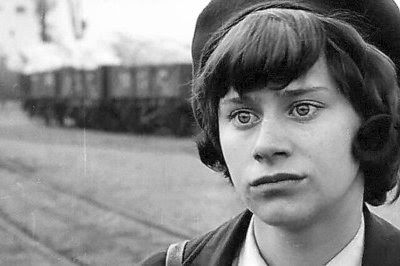 Jo (Rita Tushingham) is a dreamy, introverted teenager in her last year at school who lives with her mother in a dreary flat in the industrial north of England. Her mother, Helen (Dora Bryan), is an irresponsible, unemployed, depressed woman nearing the wrong side of forty and just beginning a relationship with a somewhat younger man, Peter (Robert Stephens). Jo and her mother have a curious relationship based on a kind of role reversal in which Jo tries to moderate her mother's excesses (cigarettes, booze, too many late nights down the pub, and a string of unsatisfactory short-term relationships) while clinging to her for emotional support. The first half of the movie concentrates on their sometimes pathetic, sometimes quite funny relationship. When Peter asks Helen to marry him and makes it clear that he has no intention of accepting Jo along with her, Helen chooses to marry Peter and leave Jo behind. As her mother prepares for a new life, Jo, rightly feeling emotionally abandoned, begins a romance of her own—her first—with a gentle, likable black cook on a ship temporarily in port.

The second half of the movie finds Helen married and Jo living on her own. Having left school and set up house in a flat in the upstairs of a large warehouse, Jo works as a sales clerk in a shoe store, where she meets a young gay man, Geoff (Murray Melvin), with whom she later strikes up a friendship. Geoff, who has been evicted by his landlady after she surprised him in bed with another man, eventually moves in with Jo, and after Jo realizes she is pregnant by her sailor, the two develop a platonic relationship based on their own kind of role reversal. The good-natured Geoff fusses around the flat decorating, housekeeping, and cosseting Jo during her pregnancy and making plans to care for the baby after it is born while Jo sinks into lethargy and sullenness. Just as they seem to be working through their problems toward some kind of stable, family-like living arrangement, Helen turns up, asserting her maternal rights and threatening to break up her daughter's newly forged alternative family.

Like Richardson's first two films, Look Back in Anger and The Entertainer (both written by John Osborne), A Taste of Honey is based on a play, written by Lancashire-born Shelagh Delaney when she was just eighteen years old. But if you weren't aware in advance that the source of the film is a stage play, you probably wouldn't know it from watching the movie. Richardson and Delaney worked together to adapt the play for the screen, and they clearly did a great deal more than the conventional "opening up" of a stage work by moving a few scenes outdoors. The play takes place mostly in the one small flat seen at the beginning of the film, and one thing Richardson and Delaney did was move the second half of the film to a new flat Jo rents after Helen leaves. This light-filled place, with its open spaces and wall of windows, makes quite a contrast with the dark, shabby flat of the beginning, so cramped that Jo and Helen must share a bed. The converted factory loft suggests a new, freer, almost bohemian life for Jo, who like Geoff is a talented artist.

Richardson and Delaney also added completely new scenes set outside—a winter day out in Blackpool, a holiday parade in Manchester where Jo meets up with Geoff again followed by an evening at a fun fair, a picnic and visit to nearby caves by Jo and Geoff, the Guy Fawkes Day bonfire at the end of the film in the courtyard of the warehouse where Jo lives. But they do more than just set and film scenes outdoors. Wonderfully assisted by the subtle b&w cinematography of Walter Lassally (he later won an Oscar for Zorba the Greek), they make the drab workaday streets, factories, docks, and river in and around Manchester, where the movie was shot, an integral part of the film in a way no stage play can. The result is to plunge the viewer into the midst of Jo's soul-destroying working-class world, a grim place that pollutes and corrodes the lives and dreams of the young and the not-so-young alike. 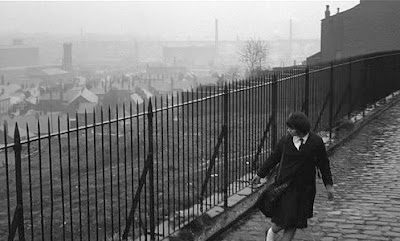 As Jo, eighteen-year old Rita Tushingham is just sensational—intelligent, observant, and mindful of the needs of others, a mature soul in a young and inexperienced body. She comes across as emotionally starved without being needy, aware of her own aspirations without being grasping or selfish, sensitive without being weak. She deservedly won the best actress award at the Cannes Film Festival for her work here. This was Tushingham's first film role (according to IMDb, she was chosen from among 2,000 actresses who wanted the part), and she went on to become one of the most visible young British actresses of the sixties, along with Julie Christie and Lynn and Vanessa Redgrave, who also first came to prominence in films of the British New Wave. 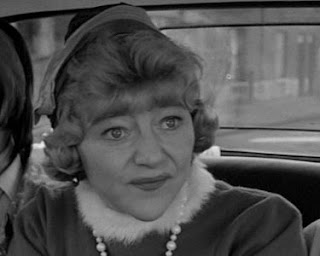 Helping define the character of Jo are the two people she has close relationships with, her mother in the first half of the film and her roommate Geoff in the second half. Jo's gregarious mother Helen is played by the veteran comic stage and television actress Dora Bryan, who tears into her colorful role with a degree of gusto that contrasts sharply with the underplayed style of Tushingham yet doesn't seem inappropriate for the character. Helen—shallow, mercurial, self-centered—is very much the opposite of her daughter. She lacks the independence and inner maturity of Jo, yet precisely because of her essential weakness she comes across mostly sympathetically, not the caricatured harridan she might easily have been. She seems genuinely to care for Jo but to lack the selflessness and consistency of character that would allow her to relate to Jo in a truly maternal way. Even though her part is really more a supporting one than a lead, Bryan received the BAFTA award as best actress. 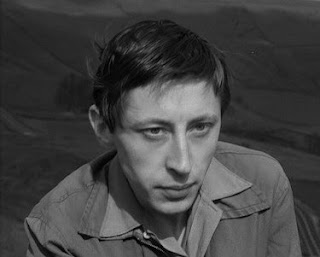 Murray Melvin, the only cast member to have appeared in the original London stage production, makes an equally able foil for Jo in the second half of the film. Delaney has said that one of the things that motivated her to write A Taste of Honey was the dishonesty of the portrayal of gay characters in theater and literature. In Geoff she certainly created a character conceived with great respect and sympathy. It's true that Jo's sailor boyfriend is also depicted quite sympathetically, but the way he cares for Jo is more casual than the way Geoff does. Geoff cares for Jo not only because it is in his nature but because he feels a deep personal connection to her as another outsider coping with being a social misfit. Melvin, who like Tushingham received a best acting award at Cannes, makes Geoff a very poignant character indeed. At the end of the film, after he has been pushed out of Jo's life by Helen and seen his dreams of finding a place of permanent security vanish, he stands in the shadows of the courtyard, forlornly watching Jo by the light of the bonfire. It's a sobering and heartbreaking moment that makes us realize that while Jo at least has an imperfect future ahead of her, Geoff's future seems wholly devoid of hope.

A Taste of Honey is a first-rate film in all respects and a very intelligent one to boot. It's difficult to believe that a movie with such insight into its characters' emotions and moods, and so aware of the power their environment has over them, is the product of the imagination of an eighteen-year old writer. It's a melancholic film that treats its melancholy in neither an overly intellectual nor an overly sentimental way and is all the more moving for its temperate view of the essential sadness of life.

Tony Richardson's other British New Wave films are well worth checking out: Look Back in Anger (1959) with Richard Burton and Claire Bloom; The Entertainer (1960) with Laurence Olivier and a slew of up-and-coming young British actors, including Olivier's future wife, Joan Plowright (she played Jo in the Broadway production of A Taste of Honey and Angela Lansbury played Helen); The Loneliness of the Long Distance Runner (1962) with Tom Courtenay and Michael Redgrave, maybe the best of Richardson's British New Wave films; and Tom Jones (1963) with Albert Finney, the movie that signaled Richardson's transition to mainstream filmmaking but still shows British New Wave influence in its exuberant style and screenplay by John Osborne. Other key performances by Rita Tushingham are in The Girl with Green Eyes (1964) with Peter Finch and Lynn Redgrave and directed by A Taste of Honey's camera operator Desmond Davis, very good in an atypically shrewish role in The Leather Boys (1964), and in Richard Lester's The Knack (1965) with Michael Crawford. Trivia note: the assistant director of A Taste of Honey was Peter Yates, who later became a noted director in his own right (Bullitt, The Friends of Eddie Coyle, Breaking Away, The Dresser).
Labels: British Cinema, Rita Tushingham, Tony Richardson