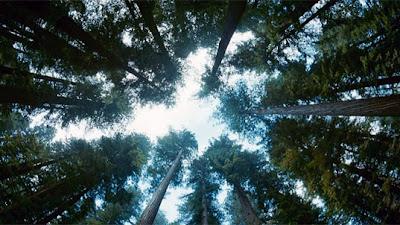 Our Town, Meet Me in St. Louis, 2001: A Space Odyssey, Michael Powell's A Matter of Life and Death, Andrei Tarkovsky's Mirror. These are a few of the movies that flashed through my mind as I watched Terrence Malick's remarkable new film The Tree of Life, now out on DVD. Like its director, this is a picture which galvanizes those who see it, a love-it-or-hate-it film, one which has divided the jury at Cannes that awarded it the Palme d'Or, critics who have reviewed it, and audiences who saw it in its general release earlier this year. Some find it pretentious and dull, others brilliant and innovative. Nobody seems to have a mild reaction to the film, and nobody seems to respond to it with indifference. My own response is that this is the most ambitious, personal, and original work yet from one of the most important American filmmakers of the last forty years.

Malick is a very private man who doesn't give interviews, doesn't promote his movies, and has little to say about the artistic intentions of his films. We can, however, infer some things about his films from his working methods. He has made only five pictures in nearly forty years, so it is clear that he spends a great deal of time thinking about and preparing each project before filming even begins. On the DVD extras of Days of Heaven, Richard Gere comments that the screenplay he read when he agreed to make the film was a straightforward one, quite different from the film he finally saw, which he called an "impressionistic" version of the shooting script. David Thomson writes that he has read a script "very different" from the completed film of The Thin Red Line. Sean Penn, discussing The Tree of Life in the French newspaper Le Figaro, calls the film's script "the most magnificent one that I've ever read" but notes how different the tone of the film is from that of the screenplay. This kind of comment makes me believe that Malick's movies most likely begin as conventional screenplays and may even be filmed that way. We do know that he can spend several years at the editing stage, transforming the footage he has shot into the final film. We also know that his films have certain things in common—the use of voice-over narration to comment on and explain the action, repeated shots of nature interwoven into the narrative (he seems especially fascinated with rivers and with shots of the sky seen looking up through treetops), multiple points of view, a fragmented narrative line—that seem more likely to emerge in the editing room than to find their origin in the screenplay.

In The Tree of Life, Malick takes all those stylistic mannerisms we have come to associate with his previous films and amplifies them. To these he adds a pair of new elements that take the film in a direction different from anything he has done before. Each of his earlier films seemed to have an even more fragmented plot than the last one, but still each told its story chronologically. In The Tree of Life, he takes this last holdover from conventional film storytelling and smashes it to bits. And he takes the mystical strain that seemed to become more pronounced with each new film and makes it the central element. His aim here is to chronicle one man's search for meaning in life as he tries to place the pattern of his own life's story in no less than the history of the universe.

The man is Jack O'Brien, who is played as an adult by Sean Penn and as a child by Hunter McCracken. The plot of the film is a straightforward one. When Jack learns that his father has died, the news triggers a swirling collage of memories of growing up in Texas in the 1950s, memories that revolve around his family and in particular the often troubled relationship between him and his father. Like the central character in all of Malick's films, Jack, even as a child, is what might be called a meta-observer, someone who seems to live inside life while simultaneously observing it from the outside. From his earliest memories, Jack has been torn between two ways of viewing the world, which he calls the way of Nature and the way of Grace. He identifies each of these with one of his parents—the way of Nature, with its need to understand and control the world, with his father, and the way of Grace, with its unquestioning acceptance of life's events, with his mother. These are dialectically opposed principles analogous to the yin and yang of Asian philosophy. Is it any surprise that Malick was a philosophy major in college and later taught philosophy briefly at MIT?

If the combination in one movie of this simple plot, complicated storytelling technique, and heady philosophical underpinning were not enough to challenge viewers, Malick bookends the main part of the movie with two sequences that will further alienate those not already responsive to his approach. At the beginning, he shows in largely abstract images nothing less than the birth of the universe in the Big Bang, the formation of the Earth, the evolution of life on Earth, and finally Jack's own conception and birth. With little to latch onto emotionally during this long section, which amounts to an overture to the main part of the film, it is perhaps understandable that some viewers will become impatient or even put off. 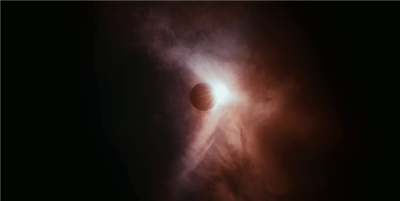 But if in dramatic terms this sequence is largely of intellectual rather than emotional appeal, it is conceptually necessary to establish the subject of the film. The Tree of Life is not just about the events in Jack's life. It is about his lifelong attempts to understand the forces that drive the universe and where his own life fits into the overall scheme of the cosmos. Like Job, who is referred to at several points in the film, Jack feels compelled to know why things happen, specifically why bad things happen. He is essentially looking for answers to questions that have no answers. Yet right up to the very end that does not stop him from asking and searching, so great is his need to know. 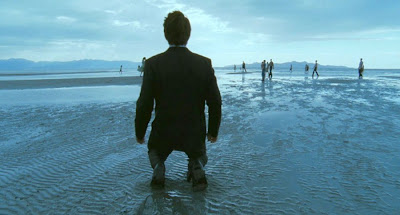 Jack's dreamlike vision at the end, a passage that serves as the film's coda, is as challenging as the opening sequence, a vision of life and death which suggests that the universe and everyone in it exists in a kind of continuum in which the individual is both the creator and a participant. I know this all sounds very paradoxical and metaphysical, and it is. But consider how difficult it must be to convey such abstractions through concrete events and images in a narrative, even one as fragmented and impressionistic as this one, and it becomes clear what a tremendously ambitious task Malick has set for himself. The amazing thing is that he manages to pull it off without becoming lost in narrative chaos, and without losing that spirit of wonder which drives the artist to seek order where none is apparent. Could that conflict between Nature and Grace be another way of stating the artist's dilemma between close but detached observation of life and the need to impose some kind of order to make sense of those observations?

All of this may seem quite conceptual and metaphysical, and if that were all there was to The Tree of Life, then it would be a cold and sterile movie indeed. But it's not. This is a deeply absorbing film on the emotional level, and the reason for that is the richness and the authenticity of both the characters and the visual details in the film.

One of the risks of Malick's approach to his subject is that the people in the movie could easily become schematic and unconvincing. But they don't. Instead they are fully realized individuals sympathetically inhabited by actors wholly attuned to Malick's view of their identities, problems, and relationships to one another. Brad Pitt, who also co-produced the film, plays Jack's father. Pitt plays this complicated man with commendable restraint—no star turn here—managing to find a balance between his likable and unlikable qualities, and between his sometimes loving, sometimes overly stern and authoritarian treatment of Jack. Jessica Chastain plays Jack's mother, a nurturing woman whose love for her children is constant and invariable, a gentle woman who accepts Jack's strengths and weaknesses without judgment or his father's constant attempts to mold his personality. She may not be as sharply delineated a character as Jack's father, but I think that is deliberate, for to Jack she is both a real person and an ideal. Chastain finds just the right note to center her character then maintains it throughout the film.

Sean Penn conveys all the shock, pain, and confusion of the adult Jack. It's an emotionally raw performance, numb on the surface but with a core of almost palpable despair, one of his most intense and focused performances since Dead Man Walking. But the real discovery here is young Hunter McCracken, who plays Jack as a boy. He manages to create an impression of solitude, bewilderment, and a driving need to understand the world that so exactly matches the personality of the adult Jack that it is easy to see how the boy became the man. If Penn gives the film its brains and Chastain its heart, young McCracken gives the film its soul. It's one of the great child characters in the movies and one of the great child performances. Besides its fully realized characters, the other thing that keeps The Tree of Life from becoming an arid conceptual treatise is the astounding level of realistic visual detail in the film. From the cold, impersonal cityscape where Jack works and the equally bleak ultra-modern apartment where he lives, to the small Texas town and traditional neighborhood where he grew up, each setting is carefully chosen to create an emotional mood. Those childhood settings in particular had my mind reeling. Everything about Jack's childhood, right down to the dishes the family eats from and the food they eat, is absolutely authentic. If you grew up during this time and in a place similar to this, as I did, then time and again you will experience an instant shock of recognition.

This is not the academic authenticity found in well-researched period movies, or even the studied authenticity of Mad Men, where the set decorators consult mail-order catalogues and magazines of the time, but real, remembered authenticity. Such literal visual details should dispel any doubt about the autobiographical origins of this film. (A glance at a biography of Malick confirms that many of the details in the movie duplicate those of his own life.) As well as Malick's own memory of his childhood environment, credit for the extraordinary look of the film should also go to the production designer, Jack Fisk, who has worked with Malick on all of his pictures, beginning with his first, Badlands, in 1973.

Of all the scenes in The Tree of Life, the one that stays with me above all others is not one of the film's visionary, cosmic, or emotionally wrenching scenes, but one of its briefest and simplest. After the family plants a young tree in the back yard of their house, Jack's mother remarks, "You'll be grown up before this tree gets big." For me that simple statement somehow encapsulates all the mysteries of time and change, of life and death, of the vastness of the universe and the finiteness of an individual life, that the rest of the movie explores in such imaginative detail.