For me acting begins with an awareness that the audience is why I'm doing what I'm doing. I'm acting for them, not for myself. 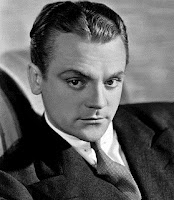 The Movie Projector is hosting a James Cagney Blogathon April 8-12, 2013. For thirty years Cagney was one of the biggest stars in American film. Between 1935 and 1943 he was named one of the Annual Top Ten Box Office Stars six times. He was also an Oscar winner, a founding member and for two years president of the Screen Actors Guild, and a recipient of the American Film Institute's Life Achievement Award.

Born in 1899 on the Lower East Side of Manhattan, Cagney dropped out of college after one semester when his father died in the 1918 flu epidemic and appeared in his first Broadway show in 1919. For the next ten years he worked in vaudeville and Broadway and for a time ran a dancing school. After receiving good notices in the play Penny Arcade, he was signed by Warner Brothers in 1930 to make the movie version, retitled Sinners' Holiday.

Cagney's fourth film for Warners, The Public Enemy (1931), made him a star. Originally cast in the second lead as the best friend of gangster Tom Powers, Cagney was switched to the lead role by director William Wellman after filming began. The film also established the tough, feisty screen image that brought Cagney his greatest fame, even though he continually tried to break out of that image by playing a diversity of character types. When asked in later years which of his movies he most enjoyed watching, his answer was unequivocal: "The ones with the music and dance." In fact, he received some of the greatest critical acclaim of his career—and won an Oscar as best actor—for his performance as the singing and dancing showman George M. Cohan in Yankee Doodle Dandy (1942).

In 1961 Cagney retired from the screen after making One, Two, Three. He did make a handful of television appearances after that and in 1980 briefly came out of retirement when his friend Milos Forman asked him to take a small role in Ragtime (1981). During his film career Cagney received three Academy Award nominations, winning once, and was twice named best actor by the New York Film Critics Circle. In 1974 he received the Life Achievement Award from the American Film Institute, which in 1999 named him one of the 50 Greatest American Screen Legends. James Cagney died in 1986. 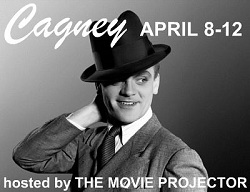 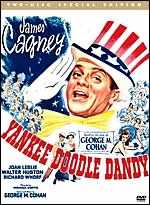 As part of the Cagney Blogathon, The Movie Projector is giving away a copy of the Two-Disc Special Edition DVD of Yankee Doodle Dandy. Here's how to enter:
The winner will be chosen by random drawing. 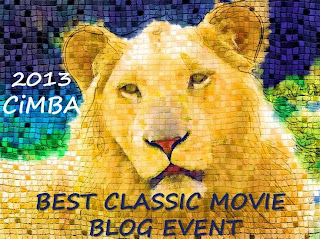